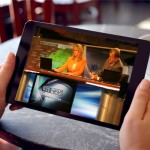 In July 2014, Forbes.com published an article stating that TV Everywhere “wasn’t quite there yet.” Dorothy Pomerantz came out and bluntly wrote:

Right now, the problem is that networks don’t know the best way to manage shows live, on VOD and streaming to maximize profits. They are experimenting just like everyone else is and some of those experiments might not seem entirely consumer friendly.
{source}

What?! Broadcast Networks are still experimenting?!

It turns out that networks are experimenting while leaving real money on the table. In fact, there has been a 201% year-over-year growth in live TV viewing via TV Everywhere. Let us state that again: 201%.

Obviously, households are watching live TV on mobile devices. Viewers are watching cable network shows such as Breaking Bad, Game of Thrones, and others on any device.

So while Pomerantz states that networks haven’t figured out how to deliver live, Broadcast TV Everywhere (or “TVE”) to customers in a way that is friendly, that doesn’t change the fact that customers want it.

Recent reports have stated that 21% of pay TV households access content through TVE. These numbers are only going to grow, too. Predictors say that we can expect these numbers to grow exponentially.

But while broadcast networks may be experimenting, the cable networks such as FX, ESPN, HBO, and CNN have found ways to cash-in on mobile. Cable and satellite providers have created marketing campaigns around enabling their subscribers to watch anywhere and everywhere. These marketing campaigns are working, too, as consumers speak with their money and pay for the opportunity to control where and when they enjoy their content. 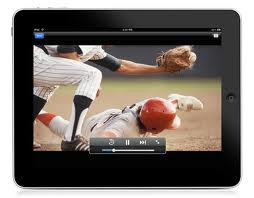 Don’t be deceived. Broadcast Networks want in on this, too. They know the power of TVE and its demand. NBC allowed viewers to stream the Olympics and in February 2014 they broke records of their own: 2.12 million people watched the US men’s hockey semifinal by live-streaming. {source}

So why is it that some networks are labelled by Forbes to be merely “experimenting” while other major outlets are moving forward full steam?

The problem is that major networks such as NBC, FOX, CBS, ABC and even PBS, work through local affiliates both independent and network owned and operated. They provide programming under their branch umbrella to independently owned and operated licensees. These affiliates are very much tied to their specific geographic area, or their “DMA.” They serve an FCC-specified DMA and all viewers in that DMA watch their affiliate station. The FCC regulates this to help keep TV local. Think about local news, local alerts, and local commercials. All of these are specific to a viewer’s DMA.

The answer is that the viewer should be receiving content from the affiliate station in the DMA they are currently located.

This means that the TV Everywhere application they are using has to be advanced enough to bounce them to the appropriate affiliate station as well as make sure that if they move their new location is registered.

Clearly, this is quite complicated. It is much more complicated than streaming ESPN content, who (mostly) shows the same live feed to every part of the country.

The good news is that innovative companies, like TotalCast, can help Broadcast networks get past “experimentation.” We have designed a way for networks to capture those streaming in their markets, or DMAs. When a viewer moves, their signal moves with them and transitions them to the DMA-appropriate network affiliate. Stations can now rest assured that the people who are supposed to be seeing their content are, perhaps even with additional eyes given travelers temporarily entering their DMA.

Broadcast executives can take a deep breath when they assure their business partners that viewership will not go down on their network with TVE advancements. TotalCast can make sure that the right people get the right affiliate programming.

So life is getting easier for major networks. TotalCast is helping.
It is time we stop experimenting and move forward, delivering the content to TV viewers in the way they want it: everywhere.